Long time no blog once again, but the incident free life being enjoyed by the Enviro 400s continues to impress. An intensive programme of fault finding before a failure occurs on the road has meant that it is now several weeks since a breakdown has been reported in traffic. Minor ailments do crop up though and certainly there have been a few reports of malfunctioning wi-fi of late. 33816 has provided an unusual sight in the last fortnight by operating in service minus a T side advertisement. 33817 is still awaiting a vacancy at Full Circle to have its rear corner repaired and also in need of attention (although this may be given at King's Lynn) is 33814 which has a bent front offside upper deck bar (see illustration below) following an altercation in Peterborough. Mechanically though the buses enjoy a pretty faultless reputation.

Observations in the west in the lead up to Christmas have seen a few delays as traffic levels intensify. Worst offender seen this week so far was Monday's 14.15 Peterborough - Norwich which arrived in Wisbech exactly 30 late with 33812. At least the delay made it appear to some that this was the following service running on time ! Earlier on that day, 33814 had also been a victim of the heavy traffic in Peterborough and it was 22 late into Wisbech to work the 11.55 to Norwich.
Last Saturday I had a trip on the 12.55 X1 from Wisbech to King's Lynn - this time with 33813. Despite delays getting out of Wisbech and further congestion on the approaches to King's Lynn, the journey was accomplished in just 26 seconds over the 31 minutes allowed in the timetable. All stops were observed except Walton Highway and Eau Brink. So all in all quite commendable for the Saturday before Christmas.
Over in the East it is disappointing to report that vandalism has occurred on 33818 as seen here, lets hope the perpetrators are caught and punished . 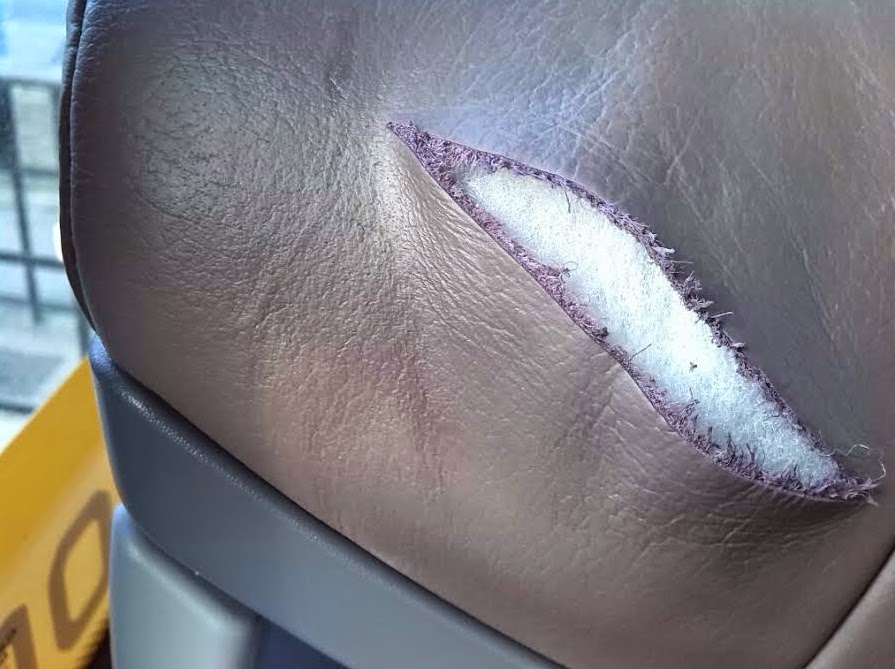 Posted by Gerardtcc at 23:18 No comments:

Hello again and it's high time I gave you an update on those strange goings on in the middle of the night with the Enviros. The Bernard Matthews contract from King's Lynn is weekends only at the moment. A bus leaves Lynn garage at about 23.00 and runs light to Great Witchingham. Here it picks up a shift load of BM workers and then takes them home, finishing up at Wissington - that's right, where the sugar beet factory is the main attraction. The driver then has about three hours in which to sample the delights of Downham Market, before returning to Wissington with a fresh load of employees and taking the same route back to Great Witchingham and then light back to Lynn.
The contract ran for the first time on Saturday 29th November when 33813 was the vehicle involved. The bus is seen below being prepared for its inaugural trip to Great Witchingham. 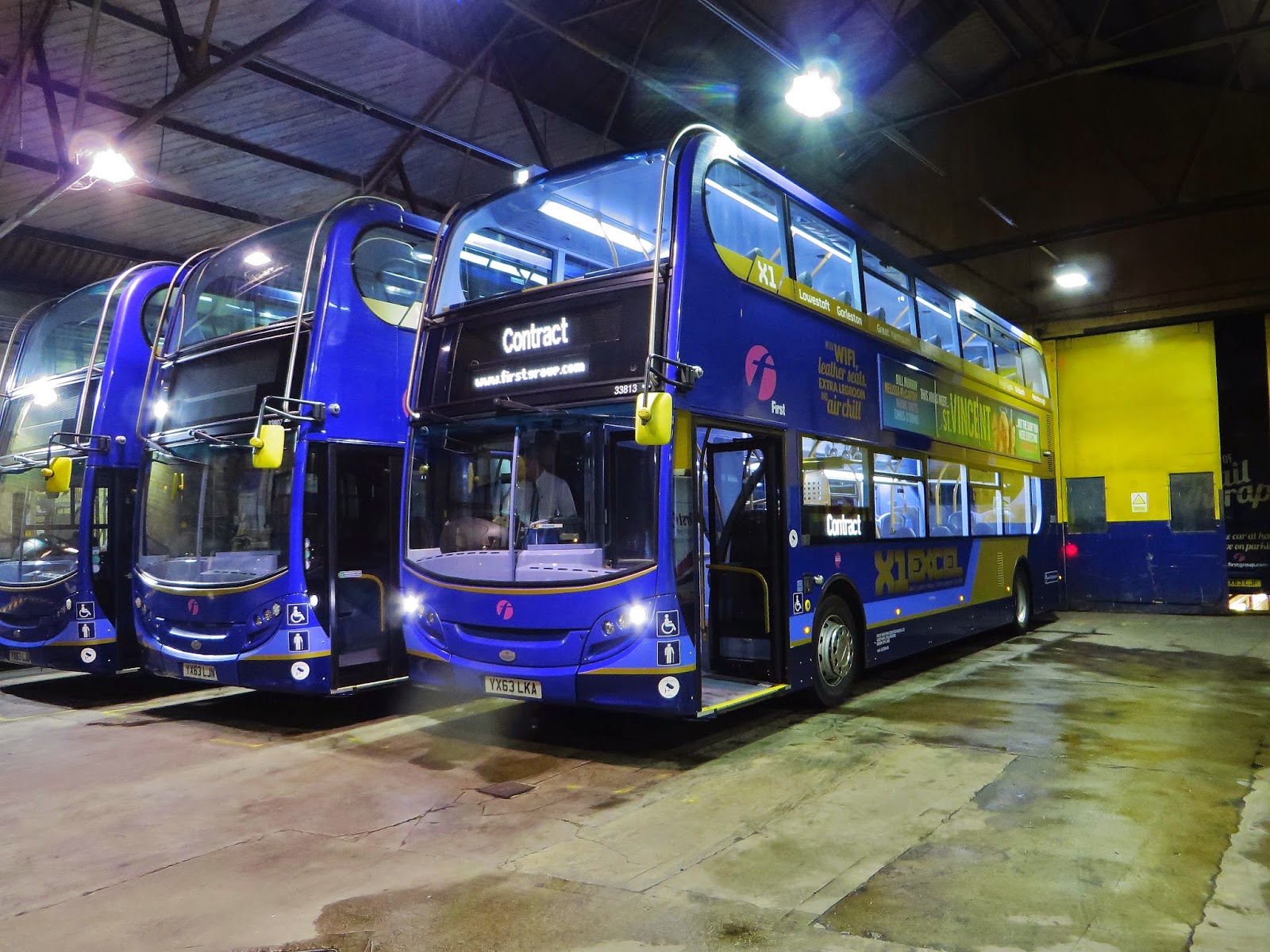 On the X1 things have been running fairly smoothly, although Thursday 4th December saw a rare occurrence when 33812 (not in service) and 33803 (X1 Norwich) were seen heading east on Lynn Road in Wisbech together. Earlier temporary traffic lights had delayed 33812 which turned out to be the 11.55 departure to Norwich with 33803 being the 12.55 ! Now hang on, isn't there a bus missing here ? Yes 33814 on the 12.25 had taken an alternative route and managed to overtake 33812.
33804 was on the Bernard Matthews trip on 5th and after arriving back on Saturday morning later replaced 33805 on the X1. 33817 has been sidelined with a demister problem for a couple of days but was back in service today (9th).
Yesterday (Monday 8th) an accident on the A47 between Swaffham and Narborough caused morning delays and 33808 on the 09.05 King's Lynn - Peterborough was worst affected being 20 late at Terrington. Today (9th) the 07.45 Norwich - Peterborough was not seen at either Walpole or Wisbech (maybe we blinked) and the following service which forms the 11.35 Peterborough - Norwich was sufficiently delayed to warrant it running empty from Peterborough to Walton Highway where it resumed its duty on time with 33805.

Now if you follow Steve's blog you may have seen that X1 timetables are due to change on January 25th. This is to allow more time at certain stages of the journey and to allow the abolition of tachographs on the western part of the route. The latter will be accomplished by re-registering the route in sections, which will involve changing destination screens at several stages during the journey.  I even hear from one source that new vehicles may be sourced for the route soon - surely not ? We've only just had a new fleet - stranger things have been known though.