The blog is 'on hold' at the moment whilst the work on my house is taking place, but I will try and do an occasional update when possible.Here are a few recent highlights and thanks to all who continue to keep me informed.
Rail replacement work has seen the X1 Enviros in some unusual locations in recent weeks. On at least two weekends two buses were used to transport passengers between Ely and Peterborough. On Easter Sunday, 5th April, Andy Gibbs kindly sent me the following pictures 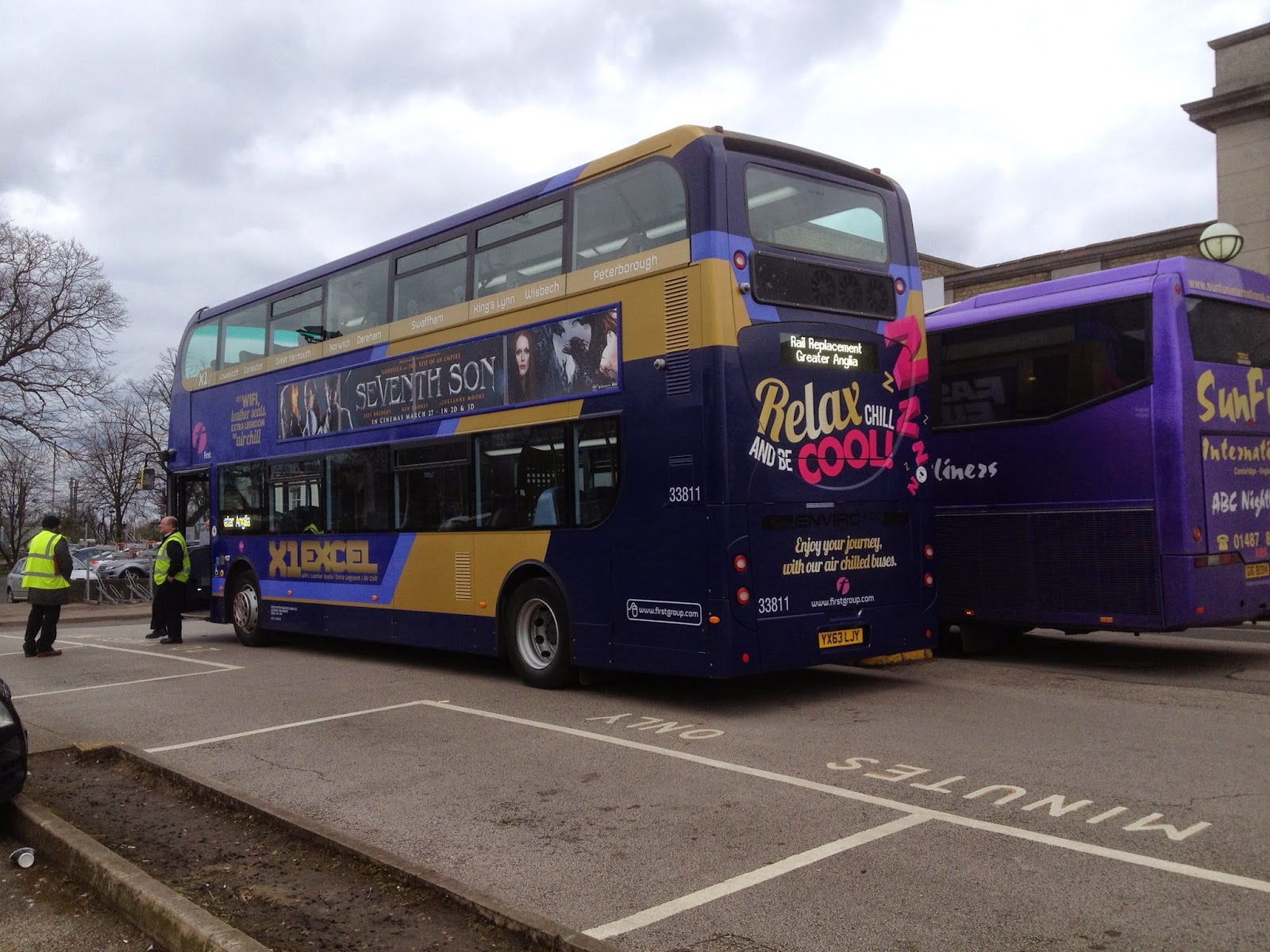 On this date 33814 was also present at Ely as standby vehicle. Meanwhile over in the east of the region, further rail replacement work between Norwich & Ipswich has also seen X1 Enviros helping out. Kieran Smith spotted 33820 at Norwich railway station on 11th April pictured below :

There have been other unusual workings too, Cameron Robinson captured 37573 having an awayday on the service 7 to Belton on 7th April : 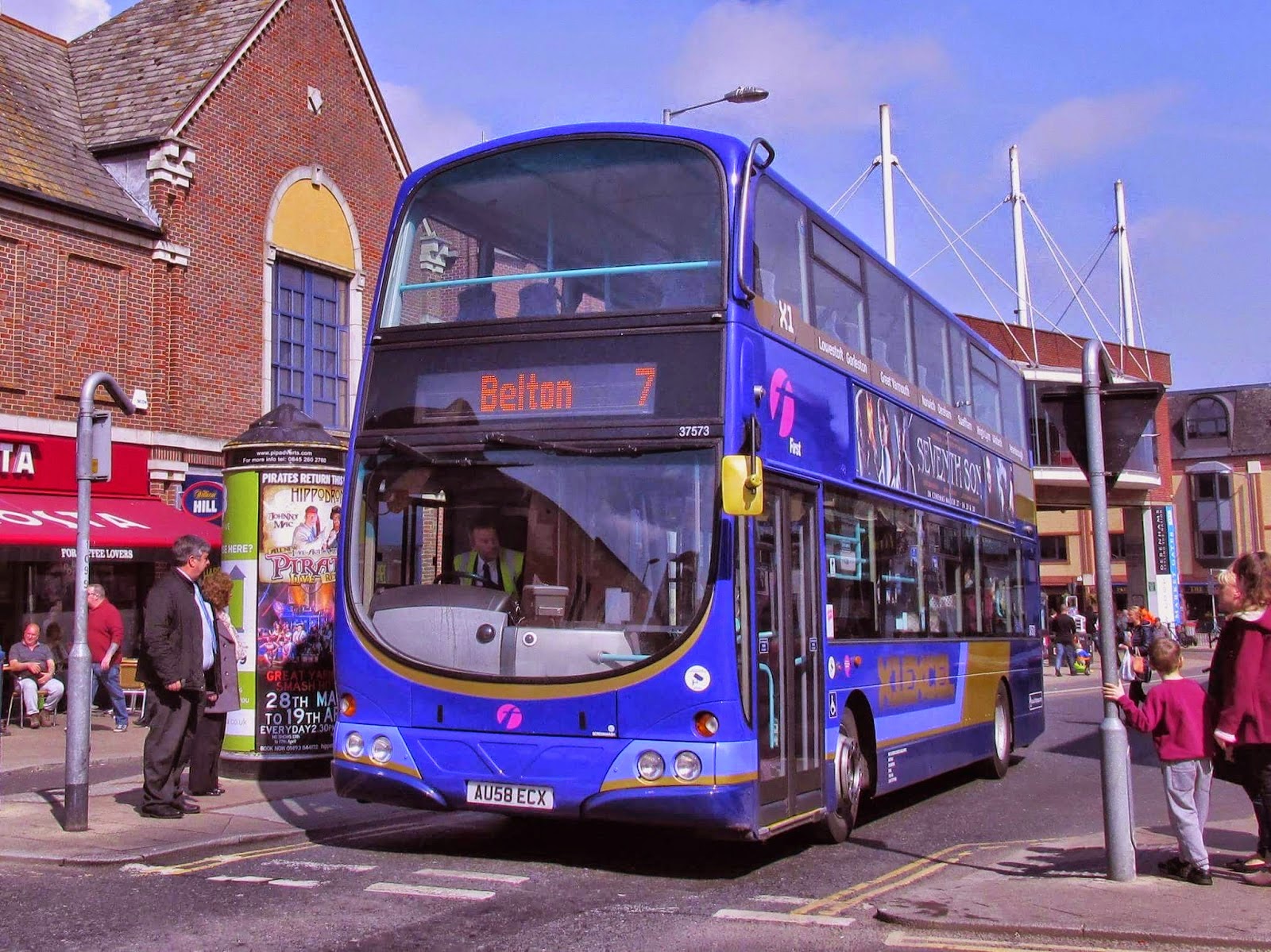 While yesterday (Saturday 18th), Kieran was surprised to see Lowestoft's 44513 putting in a rare X1 appearance :
and as if all this wasn't enough, Easter weekend saw several services delayed due to congestion en route. Kieran spotted 33819 here approaching Thorpe station with a service diverted due to heavy traffic at Postwick. The service had diverted via Surrey Street, Red Lion Street, Castle Meadow and Prince of Wales Road.

On the X1 route the Enviros are continuing to receive MOTs. 33807 has been sidelined for this and then on Friday (17th) 33816 expired with its engine misfiring requiring a visit to Cummins this at the same time that 33806 is away being modified. To compensate, Norwich's Gemini 37562 has been loaned to King's Lynn and this was used on an Ely - King's Lynn rail replacement, however, its heating was playing up so 33814 replaced it. King's Lynn still have 33818 on loan from Lowestoft of course.