Sometimes it is a job to know where to start having not written an entry here for some considerable time. If anything, the major news concerns the sheer volume of non bus related incidents on the A47 which have conspired to make the X1 operators days extremely trying ones. Seldom has a day gone by without delays accumulating due to roadworks, accidents, road closures etc etc. It certainly seems to have been worse than in previous summers, but maybe we have had a sustained period of better weather in July and so far in August in comparison to recent years. A warm spell always brings out extra day trippers to add to the already clogged roads.
Rather than trawl through the individual incidents, I will make this a catch up blog. My decorating at home is nearly complete now and I, at last, should get more time after 16 months of chaos at home, during which time it has been a wonder any blog entries appeared at all.
I ought to apologise also to those who keep me updated with news and events, I have not kept up with this and will try and do better.
Diversions via Wisbech St. Mary have been commonplace in the last couple of months and also X1s can regularly be spotted taking Northside from Thorney to Whittlesey to avoid delays in the Peterborough area.
On the vehicle front, the current fleet of Enviro 400s on the western section have been fairly reliable, save a few instances of gearbox problems and oil cooler failures. With MOTs now complete, there is a little more margin for error, although a backlog of bodywork repairs are now being tackled by Full Circle.

Since the last report, the following vehicles have had extended periods off the road ;

To help out Yarmouth's 33823 had an extended period on loan to King's Lynn from April 25th until July 12th. 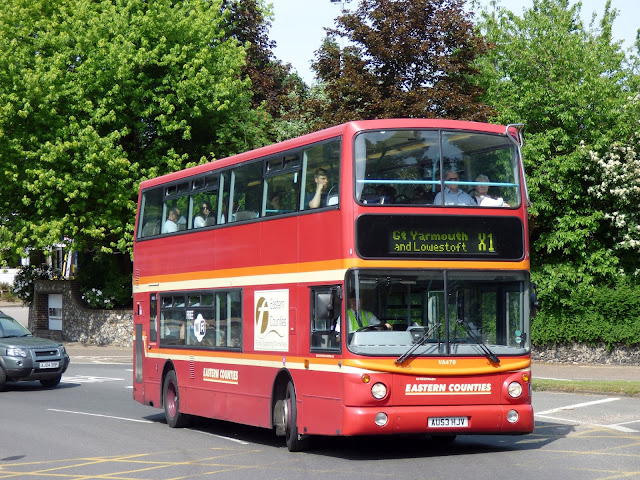 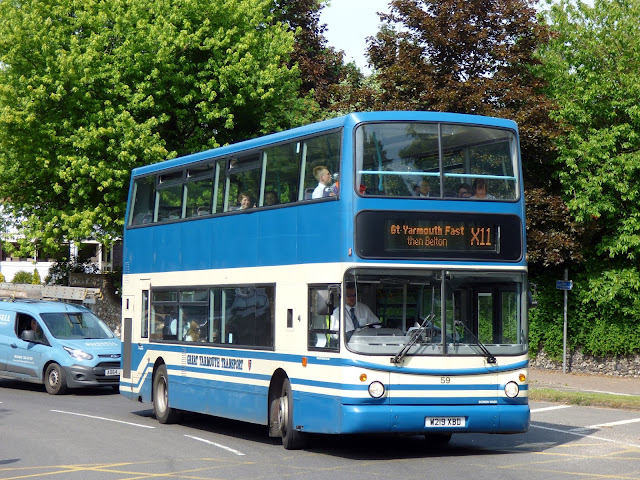 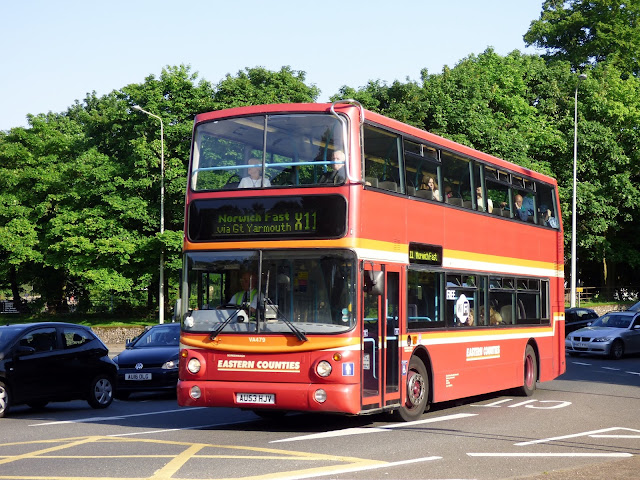 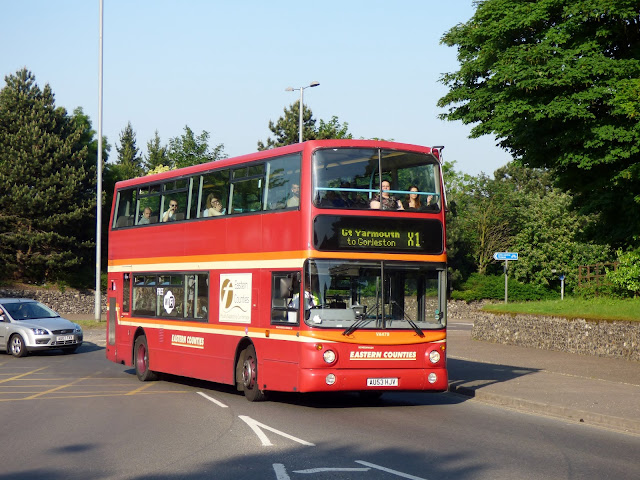 Later in June, some X1 vehicles were seen on Yarmouth local services  and again Zak was kind enough to send some of his pictures for us : 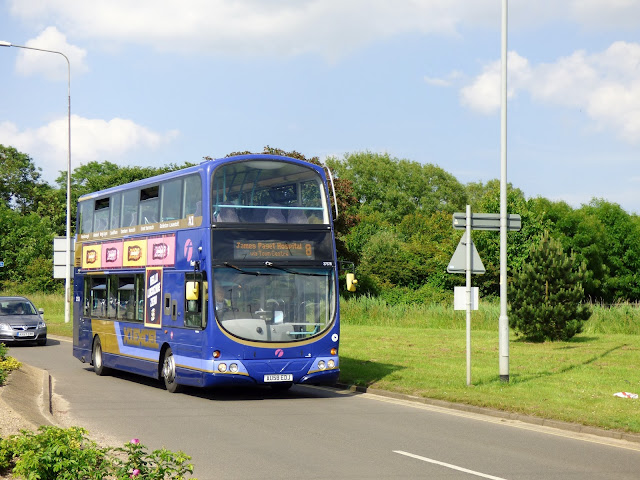 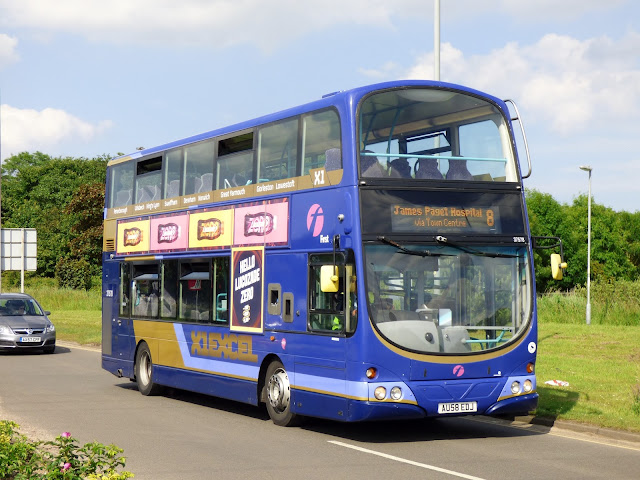 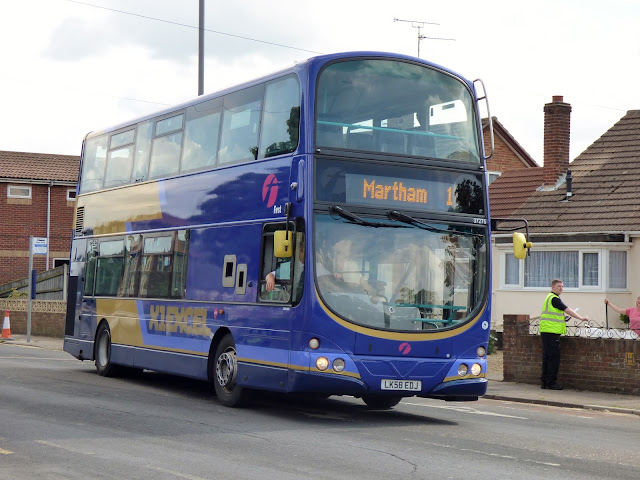 Moving forward to the last week and it was another very difficult time with road conditions responsible for many late running buses and even cancellations due to driver displacement. Fortunately the Enviro 400s have been improved in reliability lately and at least this has helped the situation. 33809 did fail near Hockering last Sunday (14th) on the penultimate turn from Norwich to Lynn - 33810 went to the rescue, but 33809 which had the oil cooler fault was fixed and out next day. Tuesday was the only weekday when there wasn't considerable disruption to diagrams, but the last two days (Sat and today) have gone very smoothly. Maximum lateness recorded on Saturday was 16 minutes after the 14.11 King's Lynn - Norwich with 33809 had to visit Vancouver Avenue garage before continuing eastbound. It returned from Norwich exactly on time.

Posted by Gerardtcc at 20:28 No comments: